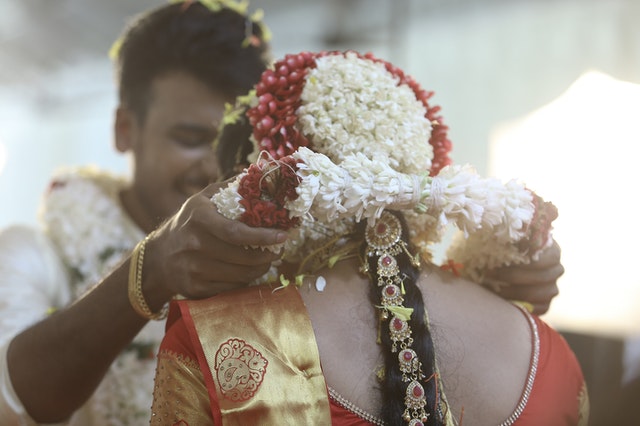 A celebrity couple, who we are not allowed to name, was left feeling shocked and sad after not a single image from their wedding was discussed by the public or the news media. Excessive secrecy and shooting down of ‘drone cameras’ had a more-than-intended effect of the wedding being completely ignored by the media as well as netizens. As per their usual curiosity to understand the crazy world of humans, the cutest robots on the internet decided to investigate the issue.

The Bonnet Bots first decided to interview the head of the security team that was responsible for the media blackout. “We were inspired by the extreme secrecy during a recent wedding in Rajasthan which became known for their warnings to shoot down drones that were found at the venue. We decided to go a step further to be one-up on them by actually shooting down a drone or two. But we only found one drone to shoot and were later told that it belonged to our only official photographer. So we ended up without any photos at all”, said Seku Ritimann, who heads the security and anti-media team that was engaged for the wedding (no pun intended).

“But weren’t there any photographers present on the ground?” asked the Blue Bonnet Bot. “Of course there were. And all of them were successfully manhandled by our advanced security force. In fact, we don’t have any photos of our client’s wedding as even the guests were advised to leave their mobile phones behind in their hotel rooms”, he proudly announced.

“But wouldn’t this defeat the purpose of the celebrity couple? Maybe they wanted to sell the photos and make money later?” Asked the yellow Bonnet Bot. “Well we don’t know what their goals were. The only instruction given to our team was that no photograph should be allowed under any circumstances even if it was from a family member. We are proud that we lived by it” replied Seku Ritimann.

When the Bonnet Bots tried contacting the celebrity couple, they were given a standard press response, saying “Instead of making it just a ‘private ceremony’ which all ordinary celebrities do, we wanted to break all records of secrecy. We spent more on the security than on the wedding celebrations themselves, to prove how serious we were. This would have definitely ensured more curiosity and buzz around our wedding, as per our wedding planner, whom we have now decided to fire.” The Bonnet Bots subsequently confirmed from their highly placed unreliable sources that the couple will no longer be using the services of their wedding planner, who is now their ex-wedding planner (no pun intended).

At the time of going to press, the celebrity couple apologized to the people of the country for the missed photogenic opportunities and requested them to adjust and make do with recent photographs of the less securely guarded wedding of Katrina Kaif and Vicky Kaushal, photos of which would eventually become available to the media.

Image Credit: Cover Photo by Anoop VS from Pexels

The Bonnet Bots are robots amused by the crazy world of humans.

These two cute bots report their observations in the form of ‘news’  on this website. Enjoy reading it!

Some examples of our SATIRE news 🙂

Cutest Miniatures in the World!